It’s 4:30 am on a Monday. I’ve navigated an unnaturally quiet Brooklyn before entering one of Manhattan’s busiest transfer points / underground-high-end-malls inexplicably built at the base of the One World Trade Center. There’s few folks around; patrol officers and leftovers from long nights out. I’m catching a train to cross state lines, where I’ll be for awhile before making a return trek back to Midtown to start my ‘9 to 5’.

I make this pilgrimage each Monday for a year, until February 2020.

The view of Manhattan from Jersey City, 5:15 am.

The destination is WFMU, a freeform community radio station. It is absurd, out of time, and the kind of radio pop culture promised but seldom delivers on.

In ‘19, I wrote a series of articles called ‘Stranger Music’ where I reviewed a stranger’s collection of ~150 discarded burned cds. A colleague read those and recommended I check out this one radio show… and it was love at first listen.

Radio, to me, had always been a disappointment. Driving across country the options are “Today’s Hot 100”, “Yesterday’s Hot 100”, or “Christian Pop”. If you’re lucky, ya might find an enthusiastic preacher. But I can’t recall a time growing up when something came on that was exciting.

On WFMU you’ll hear a three hour drone program followed by 60’s femme pop music. Another night, you’ll hear music made by actual cults lead into a show highlighting 20-30’s tunes, and then a show focusing on soundtrack music.

It’s eclectic as fuck and wonderful for it. 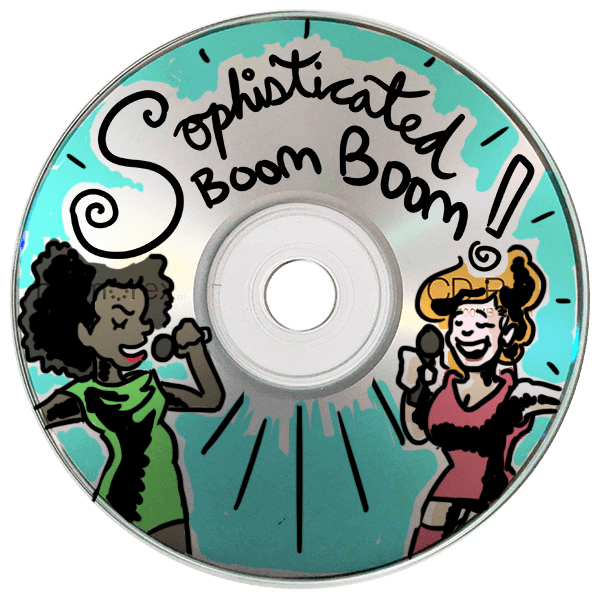 “Female-fronted pop from the past, present, and future; from all over the globe. And the occasional man." 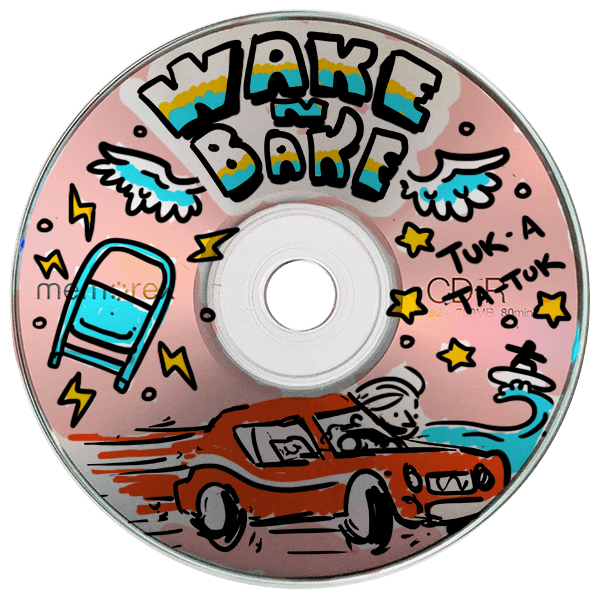 All the cd’s in this post are shows on the station I’d recommend! If something perks your ears, dive with abandon down that rabbit hole.

If that sounds like your local college radio station, well, that tracks. WFMU originated as a station attached to Upsala College, a now defunct private school in New Jersey. The station thrived in the 90’s while Upsala tanked, escaping to an old egg factory in downtown Jersey City.

A perfect storm of things have led to them surviving into 2022. Being a stones throw away from a metropolis and staying savvy as technology has changed have helped. But WFMU’s culture and stubborn adherence to their principals have contributed the most. 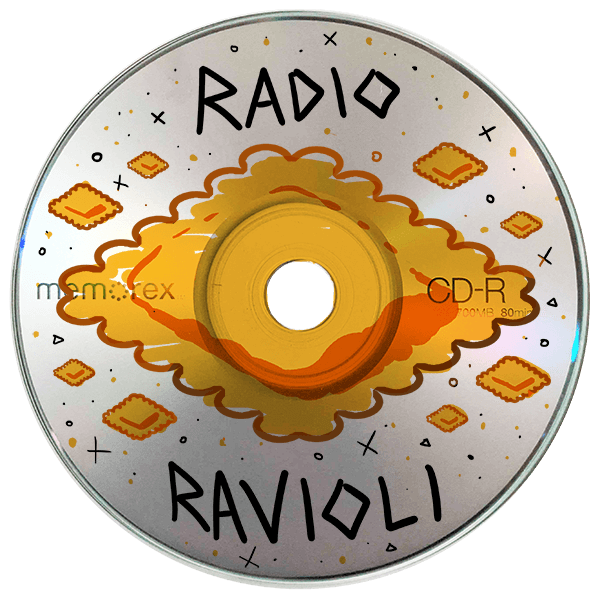 Dance with me Stanley

The premire Polka program. Stashu brings an unparalled personality and energy, spinning predominantly polka, with splashes of other dance genres. 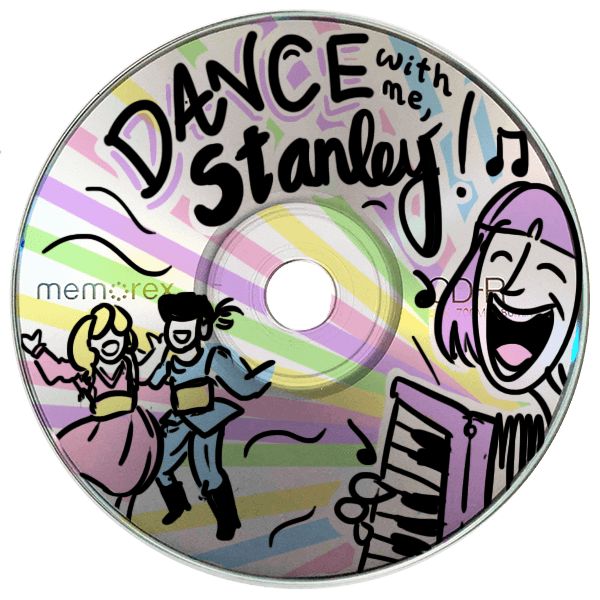 You won’t hear any ads on the network’s shows, a true blessing. They can afford that, as nearly all the DJ’s are volunteers. That’s a bummer, as labor should be compensated monetarily. But, that also means each show is a passion project. And oh boy, they’re passionate.

Some shows grow up and out of the sandbox. Most well known is The Best Show on WFMU”, which grew for 13 years before splitting off as The Best Show podcast. The relative low stakes and complete creative ownership of the hosts gives bandwidth for growing. 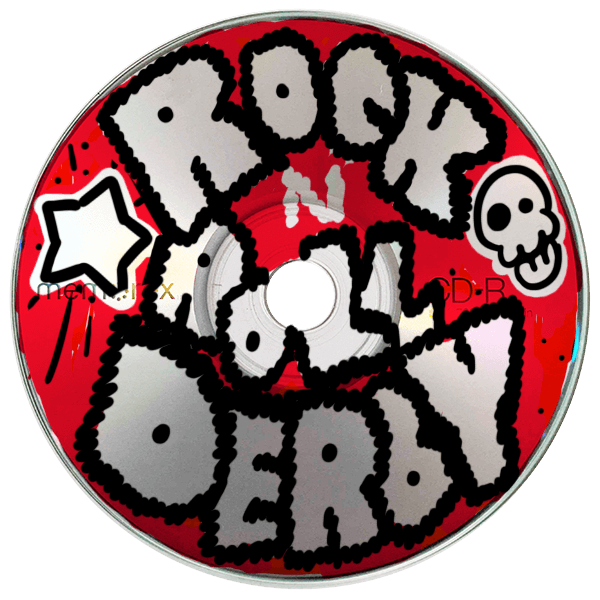 “Six-pack abs for the seedy underbelly with Gotham Roller Derby's own Suzy Hotrod. Rock and roll, punk, and things with a good beat that make you dance, sweat, and/or punch something."

It’s remarkable how well they have adapted for the internet. Their archives may be stuck in Web 1.0 styling, a good thing, but functionally it works. Each live show has a chatroom where fans can chatter amongst themselves and the host, and every show is archived shortly after it airs.

Can’t stress enough how much is there. The WFMU archives are a pandora’s box of tunes and sound. Find a DJ you’re vibing with? Godspeed, you have hours upon hours available to dig into. Some shows have archives going back to the late 90’s! 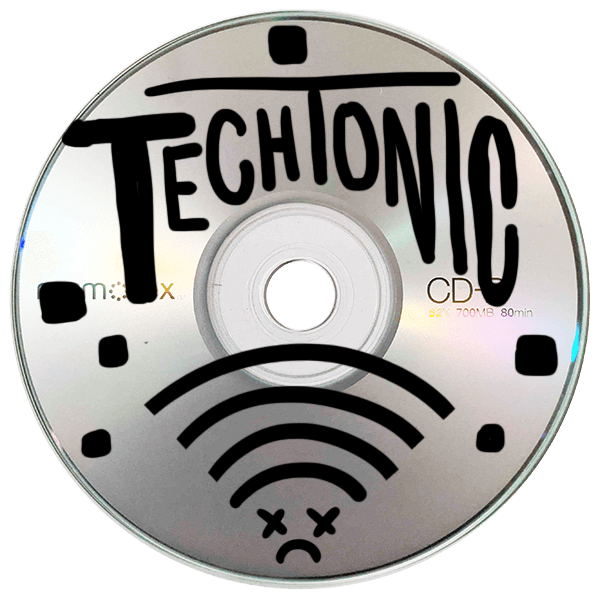 A talk show taking a smart and cynical perspective on tech. Mark promotes healthy relationships with tech, and covers all things “community, video games, and whatever else is next."

“Whispering sweet nothings for the insomniacs. Slipping nightmares to the unconscious of narcoleptics with radios left on. Sweet sincerity for the cynical and suspicious. Grinning wildly from ear to ear." 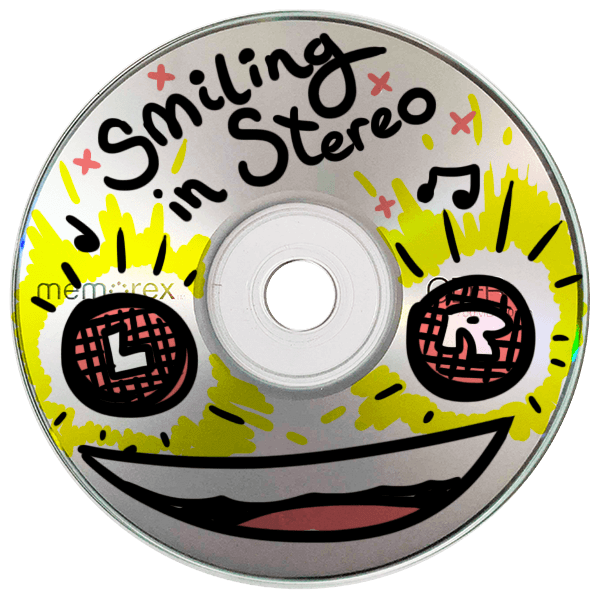 The backbone of the station is the community around it. As they have no ads, the station funds itself entirely through two annual marathons. The energy for these marathons is electric, by design.

A rotating army of volunteers man classic bell-ringing telephones, while the DJ’s make guest apperances on each other’s shows to hype donations. Each show offers up a t-shirt, a mix of tunes as rewards, and raffle prizes. Volunteers also sustain the effort literally, cooking and catering breakfast, lunch, and dinner the entire two-week nonstop banaza.

After the marathons end, those same folks return to help pack up swag promised to donors and ship it out. There are thousands of packages to pack and truck off to the post office next door, a monotonous, but easy-to-chat-over task. 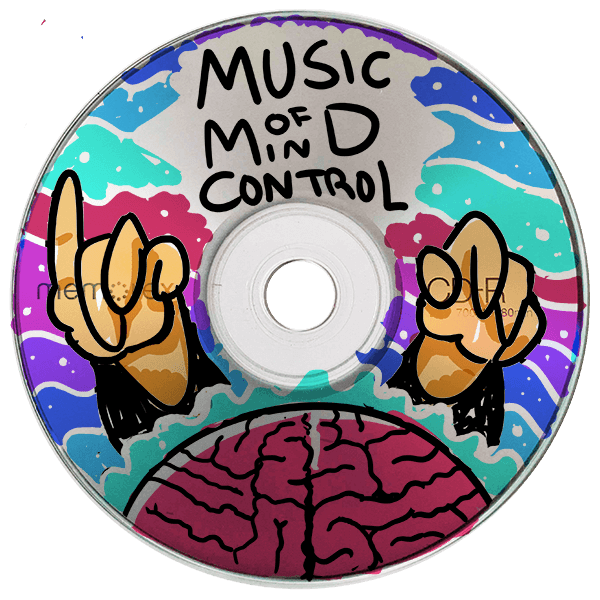 “An exploration into the musical output of religious cults, new religious movements, and individuals of a spiritually inspired and divine nature."

“Twangs of all stripes and stuff that ends in -billy." 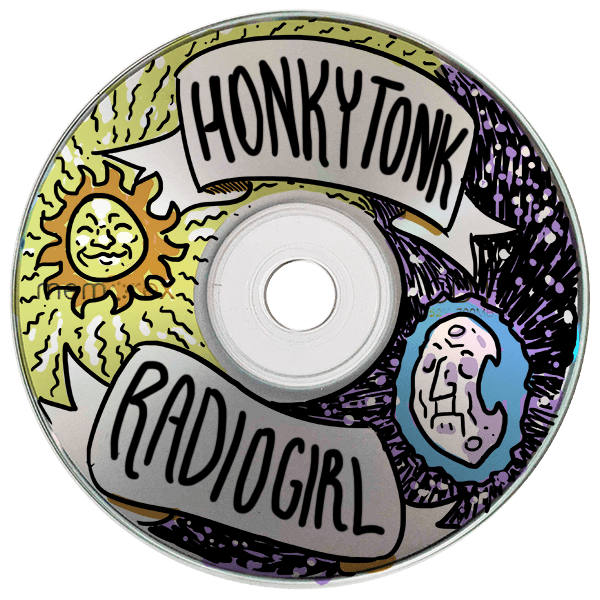 The Morning Show, Wake and Bake, has it’s own division of the volunter army. Unlike every other show, it’s tightly structured – a sacrifice made to ensure it’s at least one accessible entry point to the station. 6 to 9 am is when the world is waking, and people appreciate consistency to start their day out to.

Clay Pigeon, the host, is a genius at a soundboard. The sound effect drops are frequent and perfectly timed. He’s also got an undeniable charisma, which shines through in interviews and games with listeners (glisteners as Clay refers to em’), and daily skits he writes and performs.

One day's worth of Wake, sketched out by Clay.

Given the show has such a tight production to it, yet more volunteers are called to help keep the machine oiled. Writing news items, recording their own segments, and updating the online playlist. This is where I came in, each Monday morning, as an “associate producers” for the show. 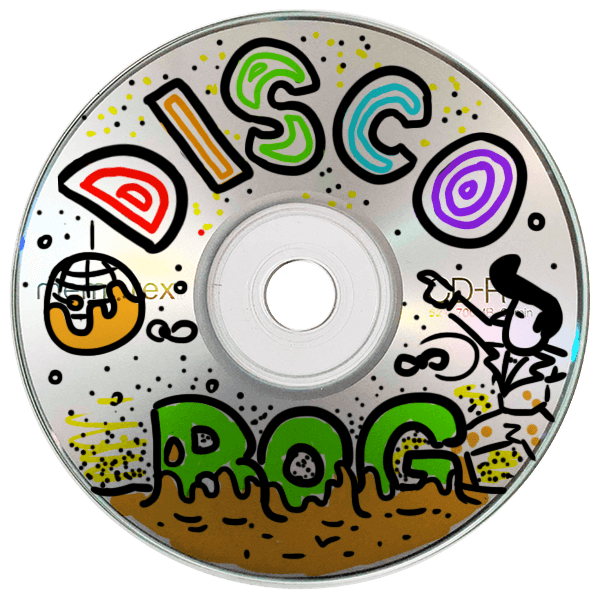 The waking at 4:00 am was not ideal. I’d beat the sunrise, but miss catching any jolly night crowd. There’s too little energy in those still out for any emotions but irritation they aren’t home already.

Around 5:10 am, the train drops me off right at the riverbank looking out back towards downtown New York City. While always groggy, I always love the view.

The work itself was pretty light. Making sure the show stays on track, printing off the news, and screening calls. Which meant for the most part I could sit amongst the station’s record library, digging through and ripping cd’s. Drawing portraits from the covers.

To my credit, I only fell asleep a few times on the shift. Sleep would have to wait til I was back in the real world.

If you haven’t already clicked away to one of the many suggested shows, I’ll implore once more ya try one out. Before you go to Spotify or Pandora, instead maybe check out the show schedule. Get your Soul fix from Mr. Fine Wine instead of a cold AI.

While there’s only one WFMU, there are radio stations all throughout the world. All with their own stable of DJ’s, and some pretty fantastic ones to be discovered I’m sure. You can search out stations in your area too; this interactive map by Studio Puckey & Moniker makes it easy.

There’s a world of stranger’s music to explore. 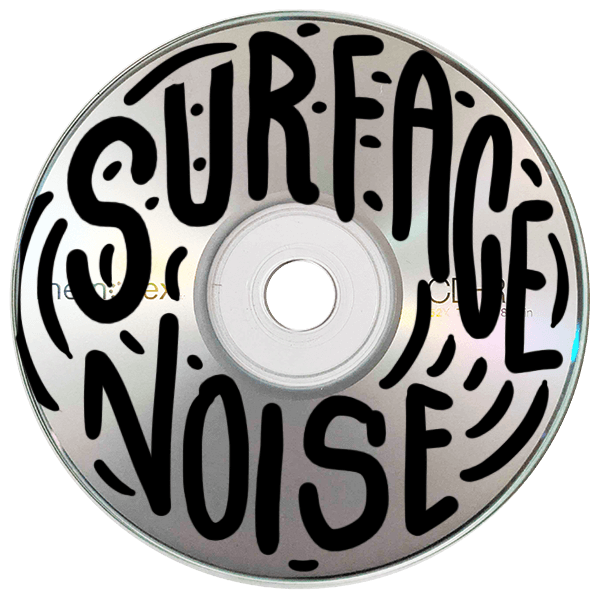 Chill instrumentals, orchestra's, with a sprinkling of 50-70's tunes. Also does 30 minutes of randomly selected 45's.

True grab bag of genres that float close and far from a home base of experimental electronic. 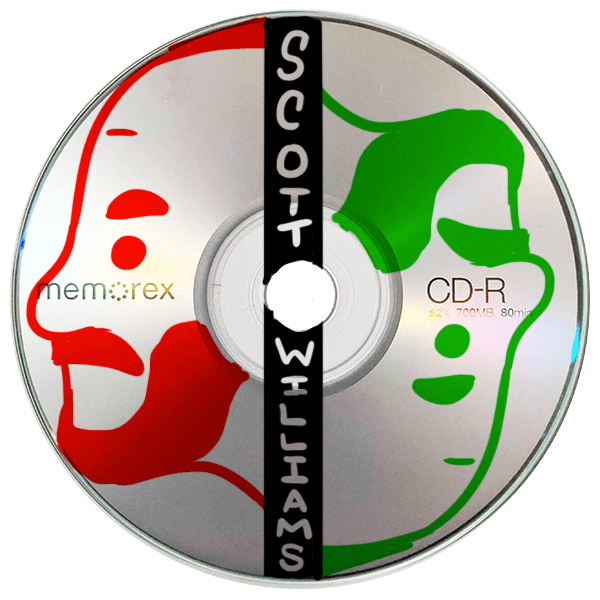 This led to a lot of sleep deprived Mondays, but the only regret I have is that I didn't take more photos of the people I met and hung around during this time. If you search social media around marathon's in particular, you'll see the love in abundance. It's a good crowd.