Four years ago, a triumvirate of frivolous cartographers came up with an idea that challenged the norms of both baking and cartography in a series of maps that became a shibboleth, simply described in an excited exclamation: “CAKE MAP!”

This barbaric yawp united us in a shared delusion; a dream of a better world where the land was textured cake. Coastlines of frosting, sweets dressing the edges of the world, sprinkles doing whatever the hell they want.

This dream became mired, not just from technical issues, but the realities of our non-pastry lives. Yet the dream persisted in casual discussions on how a renderer could support that many embedded textures or whether scanning cake would work. (It does!)

The silver lining that we’ve found this year has been extra time for baking, watching the Great British Baking Show, and doing mapping challenges to keep our wits and fill our homes with those good aromas.

So friends, welcome to this episode of:

The chemistry of chocolate reminds bakers that this well-loved ingredient is to be feared and respected. Tempering has been known to bring people to tears, the process of controlled crystallization of chocolate is difficult and requires a precision that we take for granted while watching baking shows, biting our nails in anxious glee hoping a chocolate sculpture doesn’t melt or collapse.

The story of a fermented seed from Mexico, now mostly produced in West Africa, sent to Europe and North America for its final blending stages, and then sent globally packaged as chocolate chips, bars, cocoa powder is the story of globalization. An ingredient cultivated by the Olmec people in Mesoamerica, now available in every corner store. 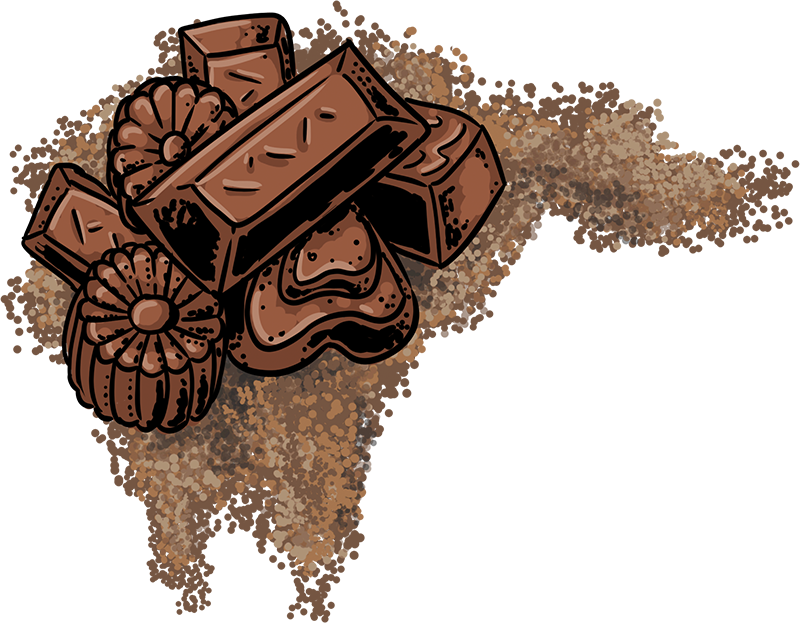 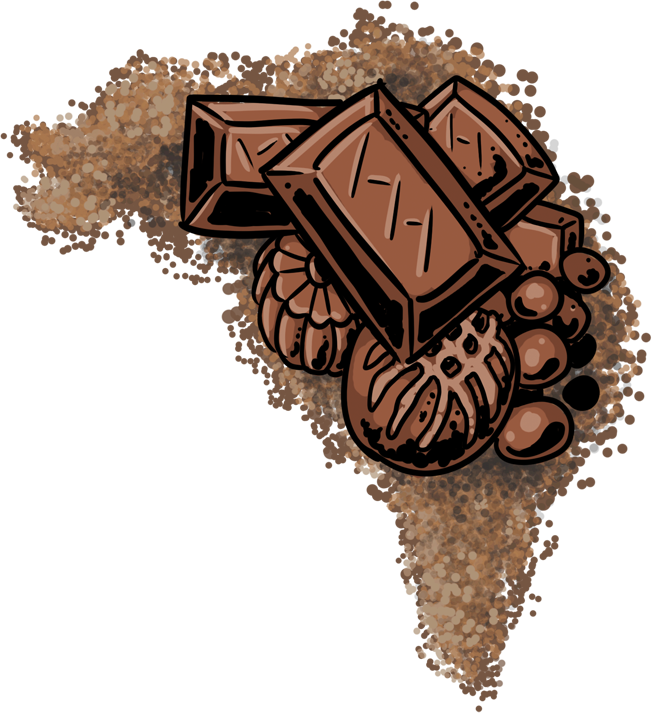 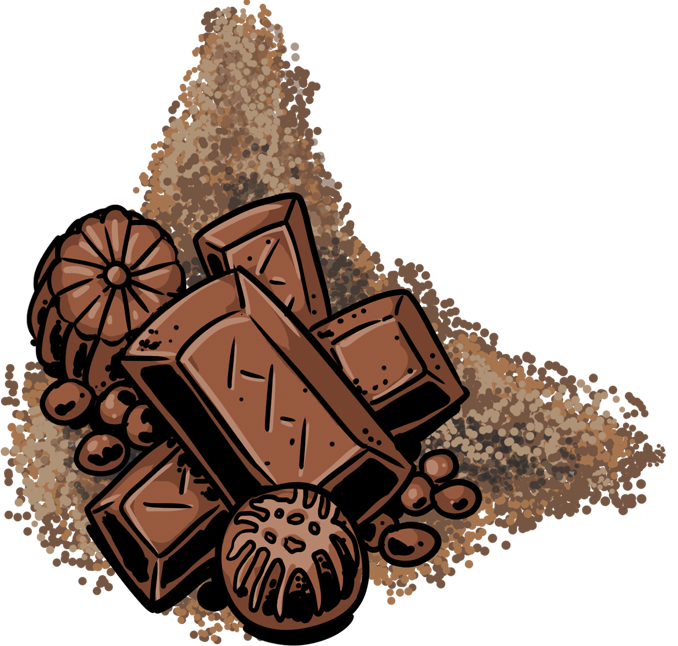 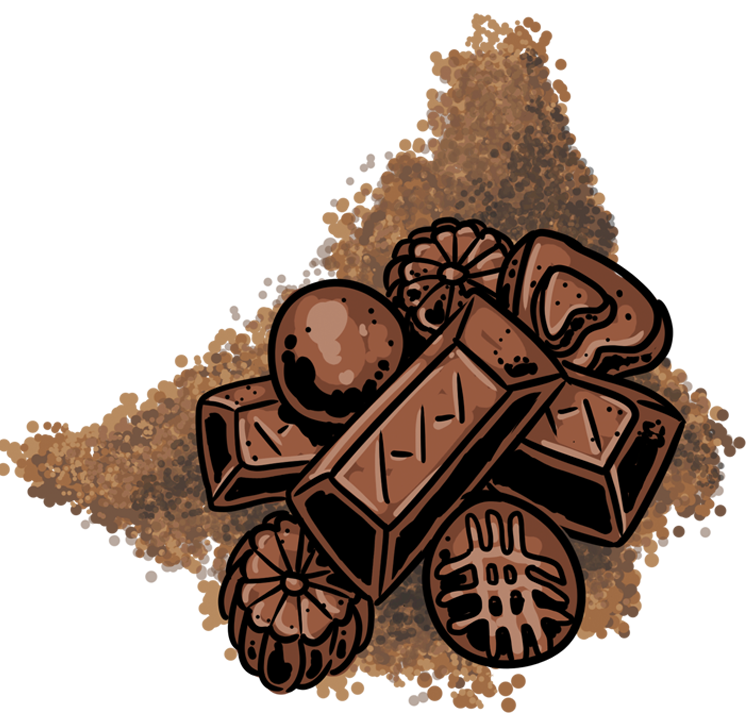 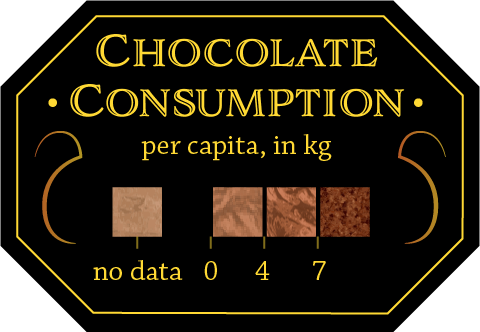 Similar to its chocolate counterpoint, vanilla is also a beloved flavor that derives from cultivation in Mesoamerica. The harvesting of the fruit Vanilla planifolia is distributed between it’s place of origin, Mexico, to Indonesia and Madagascar. This cherished spice is used everywhere in baking, a subtle and beautiful flavor that fits perfectly in patisserie as well as giant sheet cake.

As Americans who live in a post-Funfetti world, we recognize that there’s no better way to celebrate major events quite like a confetti cake. We’ve opted to map the 2020 election by county below. & also want to tip our hats to our pioneering peers at Bloomberg who have trail-blazed carto-confectionaries for live election results.

As map folk, we’re obligated to remind you land doesn’t vote, even when it’s made of sugar. 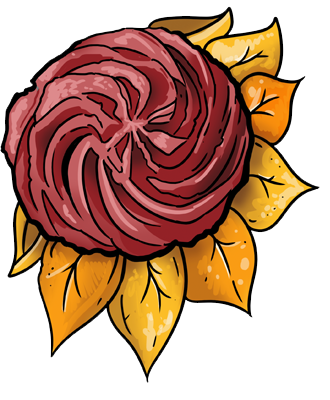 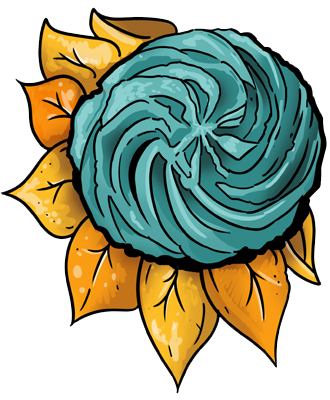 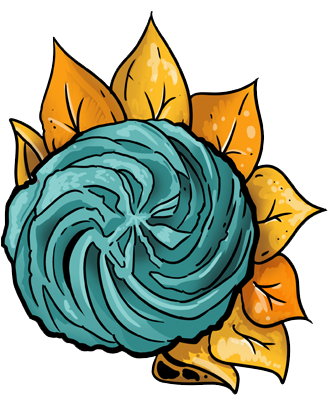 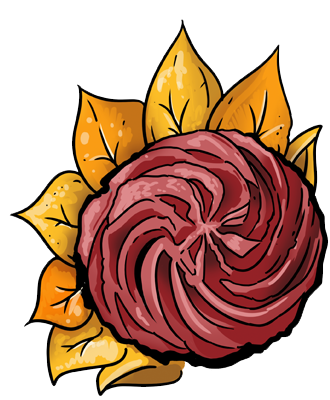 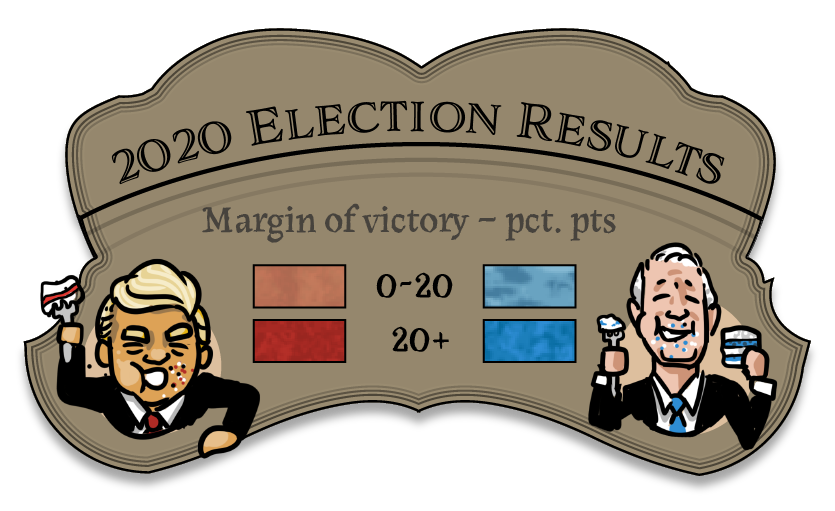 For the final ‘bake’ of The Great Cartographer’s Culinary Mapping Show!, we pay homage to the most delicious stress reliever of the past decade. This show both delights and confounds, watching amateur bakers take on feats that can be tear-inducing. (Seriously, making folks bake ice cream in a tent without A/C!?)

A base of classic red velvet cake with vanilla buttercream sits topped with sugar stars, mapping the origins of the technical challenges from the shows 11 series. Color coding by the iconic judge who chose each particular technical reveals some interesting patterns. 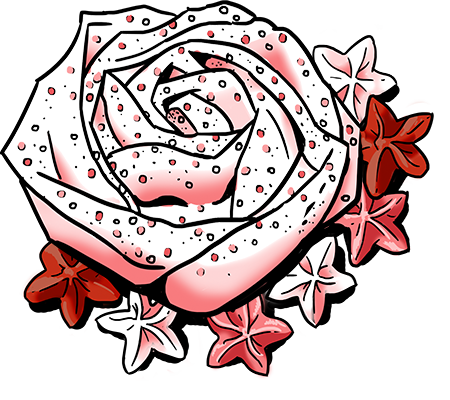 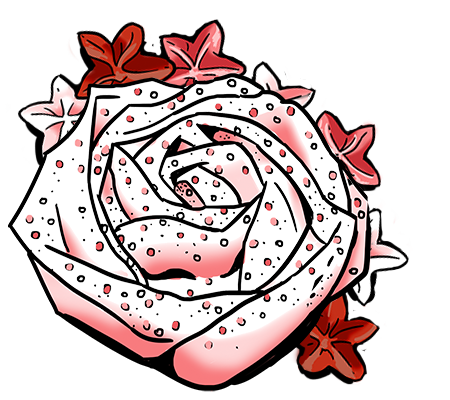 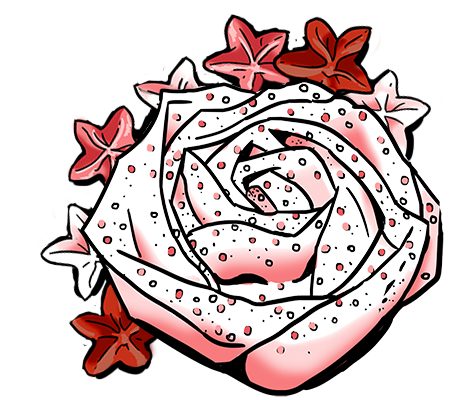 Paul Hollywood, the ever-present judge whose handshake has a become coveted award in the tent, has the most geographic spread of challenges, possibly due to breads being his realm.

A critique of the show has always been around how to incorporate a more global perspective with recipes being selected. While it’s namesake declares it definitively ‘British’, baking is human and a global profession. Recipes devised in Parisian patisseries or those past down generations are united in their use of worldly flavors as well as tradition, it’d be better to see that better reflected.

Our pursuit of sweets is ubiquitous tradition that deserves highlight – we think, and hope you agree, in some maps. Some cake maps.

Vicky is a cartographer who regularly does fantastic talks at NACIS, my personal favorite being "How Far is a Sandwich" where she discusses scale bars through measuring the total distance of sandwiches she ate in 2017. Checkout her twitter feed for a fantastic series being done for the 30dayMapChallenge too!

Katie Kowalsky is a kickass Product Manager, once of Mapzen (R.I.P.). She doesn't make maps as much these days, but is growing a small jungle and keeps a foot in these waters thru work and a burgeoning love of urban planning.

Election data is from AP and the chocolate consumption data from Statista. Information on the bake off we compiled.

Vicky's cakes were photographed and in some cases scanned, then a combo of Photoshop and Illustrator were used to make em' into repeatable textures. I've done a quick walkthrough on how to do that you can view here.